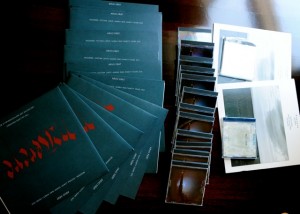 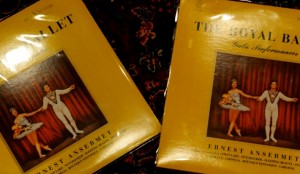 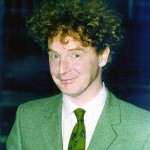 Malcolm McLaren, great musician, manager of the Sex Pistols passed away yesterday at age 64. Nostalgic or still creative, his Madame Butterfly remains as one of my favorites. Dancing to it my early college years.

A good friend said it much better than I could: “Malcolm was a visionary and what he lacked in absolute musical ability he more than made up for in innovation and energy, the breadth of which is astonishing.  By mentoring, publicising and blending at one time or another so many wildly diverse music strands, many of which had previously achieved only marginal interest before him, he has in no small way become responsible for a lot of the music that the world hears and takes for granted today.  Not content with grabbing the zeitgeist of the times, he has in many cases actually created it.

Mocked, undervalued or totally ignored even in his home country, the world is a poorer place without him.  By those who know, he will be sorely missed.”

May he rest in peace. 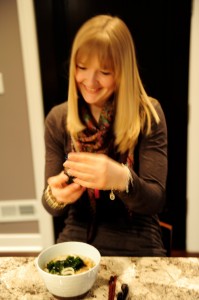 We are delighted to be hosting Julia Janssen, the beautiful and intelligent daughter of our good friend, Harmut Janssen of Amazon Audio at our home for a week. Julia will be returning to Chicago this summer for a few weeks, learning the American way of living, practicing English, and of course teaching SORA how to dance and do gymnastics.

Our manufacturers, and some others we work with have become our close friends. In fact, I do not distribute a line unless I think the manufacturer and his family are people I would like to make part of our family and closest inner circle.

Some of our customers have also become our good friends, visiting us every now and then. In all honesty, this has been the best part of SORAsound. Sharing the joy of music, and above all forming new friendships.

Istanbul is an amazing city. Those who know my love for San Francisco are surprised that for the first time I wondered why my Turkish friends in San Francisco, decided to leave Istanbul.

I have been to Istanbul before and was eager to show it to Nami and SORA. We stayed in a pretty nice design/boutique hotel in a plush area of Istanbul. The European side of Istanbul appears a lot more advanced/progressive than its Asian side. Like many major cities in the world, there are pretty rich areas of town, and some poor areas. Not so surprising though. When I go a few miles to the South side of Chicago, I find life very different from the North side of Chicago. The beauty of the poorer areas in Istanbul is that I felt absolutely welcomed, and safe. So much so, that I took Nami and SORA for a tour.

Once we left Tehran, I told Nami that would only eat sea food in Istanbul as I was tired of all the (delicious) meat we had in Iran. Lo and behold, our hotel recommended a great Kebab restaurant to us on our first day, where we ended up going three times. The Bazaar has now become a tourist Mecca, worth avoiding or not spending longer than an hour there. The ferry rides are inexpensive, and fun. People welcoming and hospitable as ever.

Visiting Turkey again. What a beautiful country. What a great people. Delicious food.

Istanbul has been selected as the 2010 European Culture Capital. I wonder which city be the 2011 Culture Capital in Europe. Feels such a difficult task to meet or surpass Istanbul’s rich heritage.

I have been to Istanbul before. First, around 22 years ago when I met my parents after being away from them for nine years. At the time, I could not go to Iran, and they could not easily visit America. So, we selected Istanbul as our meeting point. Ever since then, Istanbul has a special place in my heart.

In the last 20some years Istanbul has changed a lot. It is a modern European city now. Nowhere as polluted as then, and significantly less scary to cross the street than before (which in Tehran is still an activity more risky than kissing your mate naked on a crowded sidewalk).

I am glad SORA is experiencing Istanbul at such an early age. He will of course be traveling here again, and again. It is important that he learns about different cultures, people and diversity.

Keep an eye on SORAsound blog for pictures.