“I played an Artur Rubinstein performance of Chopin. The effect was so pronounced, so immediately noticeable, that I didn’t make it halfway to my seat. I stood about six feet from the speakers and gaped. Rubinstein’s technique is frequently described as “chiseled”, a concept which never made a great deal of sense to me. After all, Chopin requires the greatest delicacy. Too much control, too heavy a hand, ruins the pieces. ……

What I heard that night was the extraordinary way Rubinstein attacked a note and ended it. Each note was perfectly shaped, like a precious jewel, precisely as long as the artist intended: chiseled. A few nights later I recalled Artur Schnabel’s remark: “Anyone can play all the notes. What I do is play the space between the notes.” I heard this witticism when I was in music school, and like Rubinstein’s chisel, it never made a great deal of sense to me – until the ZYX finally made it intelligible.”

“With its combination of exquisite detail retrieval, rich midrange tonality, and the ability to delineate dynamically complex musical passages, the Artisan consistently paid homage to whatever music I played through it.” 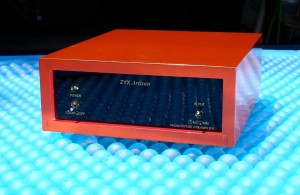 Note: Please do not open the wooden box of ARTisan, otherwise the input resistors will be damaged soon, since they are made of very thin wire. Also, do not touch the batteries to avoid electrical shock on you. 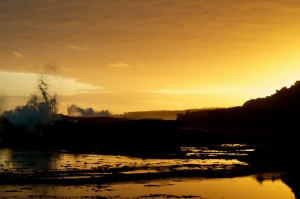