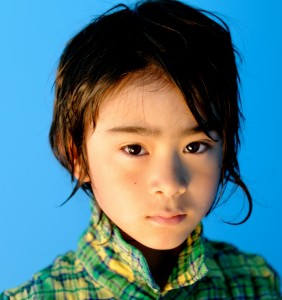 My gorgeous little boy is 8 years old today. One may say he does not qualify as “little boy” anymore.

I’m out of country again and missing his birthday. Most days, and in particular since his birth, when I remember and have my head on the shoulder (as the French would say), I count my blessings. On the top of the list, I feel blessed for having a happy, healthy kid we are so proud of. No different from any other parents, of course.

Being a father is the best thing that has happened in my life (yes, much better than music and toys including audio goodies). When you are a father, you’re willing to give your life for your children. In the meantime, your own life becomes more valuable to you, because it has been enriched, and because you know a little soul depends on it.

Anyways, off the soapbox. Happy birthday my lovely boy. 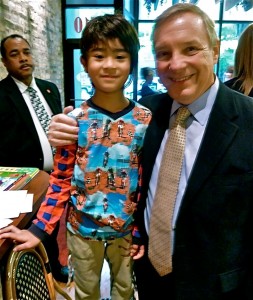 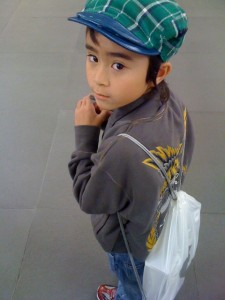 today is SORA’s seventh birthday. so many things have happened these seven years. the best of all is of course SORA’s birth.

daddy’s gift to him: a new macbook.

party with his friends at pump it up; then more party at home.

dad and mom are proud to announce SORA’s graduation from kindergarten today. our parents taught us not to show off. but how can i shut up about a six year old who is in the gifted program, speaks japanese and english, studies math at second grade level (exaggerating a bit here), plays a few musical instruments, sings with a higher pitch than her accomplished opera singer mother, and whom we caught googling a word he had no business googling?

SORA was born, in tokyo at aiiku hospital, hiro-o, tokyo. SORA means sky in japanese. but the kanji characters we use to write his name are symbols for UNIVERSE.

i can not thank God enough. we are so fortunate to have him.