MOERCH has introduced a new top model: The DP-8 Anisotropic.

This provides for tremendous improvements in bass response and a lot more dynamics. Read more about it in the DP-8 product page.

The DP-8 Anisotropic got The Golden Ear Award in The Absolute Sound June/July issue 2010.

MOERCH tonearms, the models DP-8, DP-6 and UP-4 are an example of high technical standards and attractive styling.

To Hi-Fi circles all over the world, the name MOERCH was known for their turntable manufacturing in the sixties and seventies.

This experience over the years led to experimenting with all types of tonearms in order to gain greater insight into the turntable/tonearm interface.

While observing correct design fundamentals, crucial parameters such as choice of materials, a new approach to mass distribution, and elimination of arm resonances, required in depth study for the design of an exceptional arm.
This research resulted in the invention and patenting of an entirely new concept of tonearm.

The new model DP-8 Anisotropic is based on the same principles as comprised in this patent. 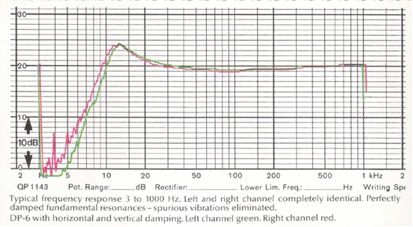 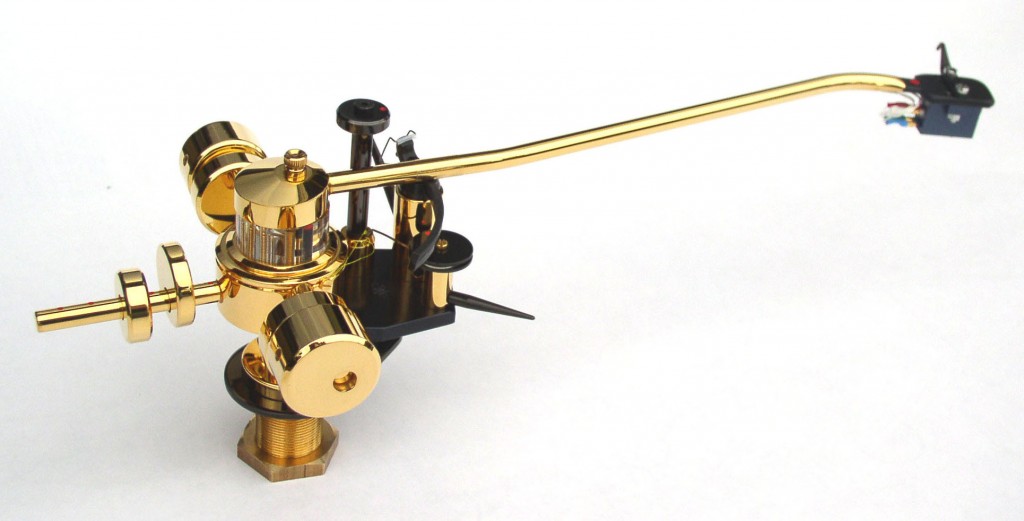 Model DP-8 Anisotropic has a unique combination of bearings: For the horizontal mode of motion a silicone damped, high precision ball-bearing assembly with large housing for substantial damping.

Two precision sapphire bearings are incorporated for the vertical mode of motion. This also may be damped, if desired, by injecting silicone fluid into a well for vertical damping. Vertical damping is rarely needed for this model. It is independent of the damping of the horizontal mode of motion, and further it can be adjusted to all intermediate levels of damping.

Model DP-8 Anisotropic has a device for adjusting the VTA while playing integrated. Markings for “getting back” to a special setting is provided.

The large effective mass for the horizontal mode of motion is stabilizing the the armtube horizontally, so that at very low frequencies it is only the cantilever of the cartridge, that is moving – not the tonearm. This means that the bass goes all the way down reproducing all the bass on the record with full amplitude and dynamics. 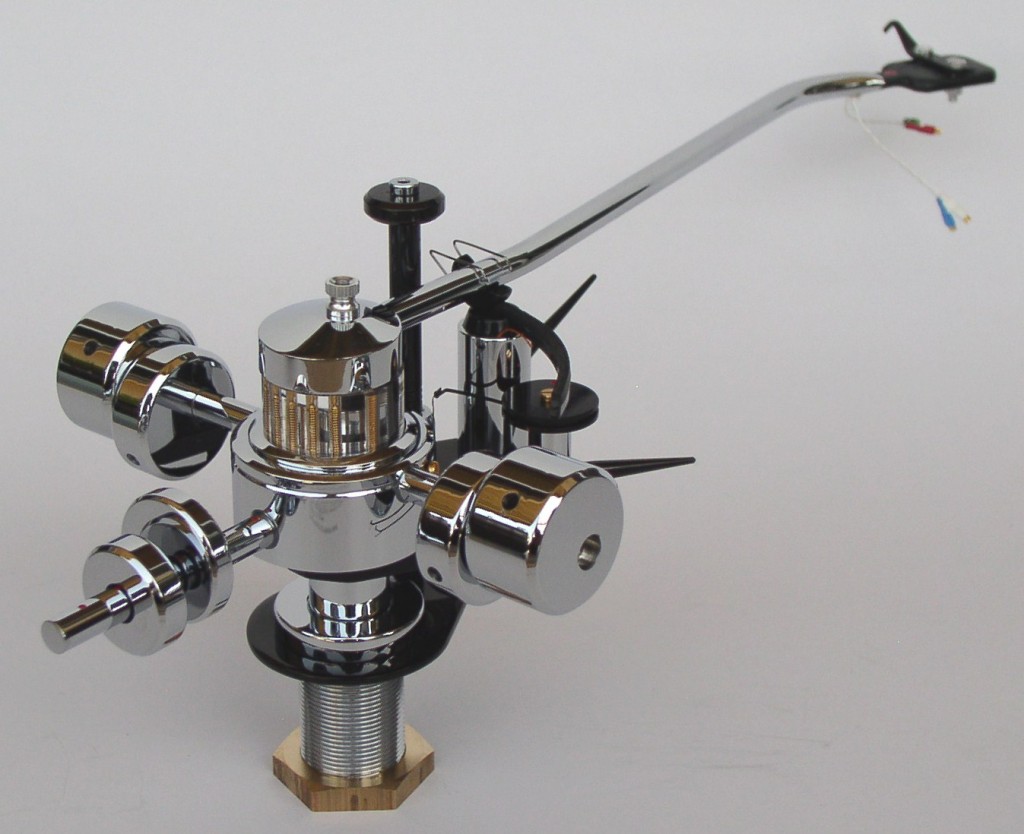 It is the two weights on each side of the heavy central body of the tonearm that provides for the majority of the effective mass (Inertial moment) for the horizontal mode of motion. The center of gravity of these weights are pointing backwards – either upwards or downwards, so that they contribute to the counterweighs at the same time as they provide for moving the center of gravity of the moveable part of the tonearm up or down.

The feature with different weights of armtubes to optimize the tonearm for any cartridge is maintained. Thus warps will not influence the tracking force, and there will be no vertical deflection of the cantilever.

In model DP-8 the azimuth adjustment for perfect channel separation is accomplished at the pivot of one of the sapphire bearings.

The armtube plating being made without the use of magnetic materials.

In model DP-6 the azimuth adjustment for perfect channel separation is accomplished at the pivot of one of the sapphire bearings.

Vertical cross section of model DP-6 through the center of the bearings.

Supplied in CHROME- or 24 carat GOLD finish and at special orders also in BLACK.

The armtube plating being made without the use of magnetic materials.

Model UP-4 incorporates a special concept of the unipivot principle. The bearing consists of a hardened steel pivot resting in a concave, polished sapphire. The bearing is damped in all directions with silicone fluid.

The low positioning of the bearing provides for a greater stability compared to other unipivot arms. This is because a considerable part of the moveable mass of the arm is positioned above the pivot point, thus forming a physical pendulum together with the mass below the pivot point.

With the model UP-4 the azimuth adjustment is made by the way of the counterweights.

Vertical cross section of model UP-4 through pivot and sapphire.

The right to change specifications without notice is reserved by the Manufacturer.

SORAsound is the exclusive distributor for US, Canada and the rest of the Americas for Moerch tonearms.

Warning: We have seen some so called used/mint Moerch tonearms offered at low prices. You get what you pay for. In reality some of these tonearms are well over 10 or 15 years old; about 22 years old in two recent cases. The good news is that there are many Moerch tonearms that are this old and still used well by satisfied customers. The bad news is that some of these arms may have broken or missing parts. Give us a chance. We take care of you well and you will have a peace of mind.

Suggested retail prices are shown in the table below. As seen below, 12 inch and/or precision arm wands are also available as an option for an additional $400 over the retail price of standard Moerch tonearms and arm wands.

Latest models of Moerch tonearm cable available as an option.