“Another ceiling has been shattered, another mountain conquered, and another superlative surpassed. The new ZYX UNIverse Optimum moving coil phonograph cartridge has raised above the very high pinnacle of performance set by the ZYX UNIverse Premium, reviewed here on 10 Audio”  — Jerry Seigel

2018 Positive Feedback Brutus Award just received.  “What amazing clarity! What tonal balance and impressive neutrality! What well-integrated harmonics, with a transparent presentation that made every album that I listened to for six weeks simply stand revealed for what it was! Frankly, I fell in love with what the ZYX UOX was doing, with nary a quibble or objection in hearing. This cartridge floated neutrality in all of its glory, without making it obnoxious…not a hint of the analytical, no glare, no midrange hump, no gush or lush…just analogical greatness…..It’s definitely in the front rank of my top-o’-the-heap phono cartridges. If you can afford the scratch, this is one that you should snatch!.” — David W. Robinson

Richard Mac, Part-time Audio
“ZYX UNIverse Optimum is one of the finest phono cartridges I have ever heard”
[“The 0.24mv output UNIverse Premium, the immediate predecessor to the ZYX UNIverse Optimum, is already a titan amongst phono cartridges. In the 2016 review, I said “the ZYX Premium has achieved tonal perfection, with no identifiable weakness whatsoever,” and rightfully so. From its endless frequency extension at both ends of the frequency spectrum to its remarkable neutrality in tonal balance, to its vivid realism in instrument separation and sound staging, to its ability to render minute details, I truly could not find fault with the ZYX Premium cartridge.”] “It is now the new reference standard for me, by which all future cartridges will be judged against.”

“The sound of the ZYX UNIverse Premium meets or exceeds every expectation I ever imagined for the potential of the vinyl LP. It leaves me wanting for nothing. The ZYX UNIverse Premium is the most perfect and most successful audio component that this lifelong audiophile has heard. It is staying for the long term. ”

“The ZYX Universe II X is the finest cartridge I have ever heard, in my own system or elsewhere. In fact, for only the second time, in my long audio life, I have heard a cartridge which has no weakness, even subtle, compared to the competition.”

“ It is the music and the emotional intent of the composer that comes through with the UNIverse II. ” 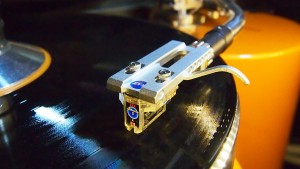 ” The UNIverse II delivers all of the phenomenal air, detail and clarity of the original UNIverse and extends those qualities to the bass…. . With more percussive impact and rhythmic drive the UNIverse II easily out performs both the UNIverse I and the 4D. “

“It was God’s will that you asked us to build the UNIverse.” 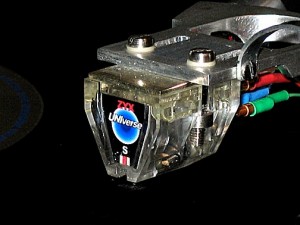 “I too am ‘in love’ with this (.24mVC) cartridge. I know this, because I met my own ultimate practical test of this ‘condition’; I now want to play all my favorite records all over again, and as soon as possible. This only happens when you experience a component that enhance the sonics of your system, to such a degree, that almost everything sounds ‘new’ and ‘fresh’. In short, your system sounds ‘born again’.

In conclusion, the UNIverse .24mV Copper is a truly great cartridge. It’s so flawless and difficult to criticize, that I find it’s easier and more accurate to instead describe its many strengths in a single concise sentence: Its utter realism is spooky.”

“The ultra-high resolution of the UNIverse provides a very deep and wide sonic image, with layers and layers of depth, each blending smoothly into the next. If the recording was made in a large hall, or outdoors, or in a small club, you will know it.”

“This cartridge puts you in the same sound space as the performance. There is no barrier between you and the music. You are not on the outside listening in on the performance. Close your eyes and the instruments and voices are in the room with you.” 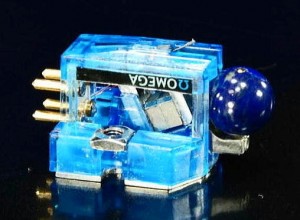 “In a nutshell, the ZYX Omega G is one of the most musically engaging and satisfying cartridges that I’ve heard in quite some time. Many times I found myself unconsciously reacting to the music on the albums exactly like I would at a concert or jazz club. Head bobbing. Shoulders swaying. Wanting to applaud after an exceptional solo.”

“Its most startling characteristic is a degree of purity unheard of in a a moving coil design.”

“You’ll hear how precisely rendered are any of the sound it decodes, this it does with a purity and low distortion that elude everyone else’s design, and that means virtually all of the competition.”

“It has the widest soundstage of all the cartridges we evaluated, and ,thus, the very best separation figures (and even makes sonic “sense” of that wide separation)”

“And because of its carzy-glue-like way of sticking to a groove, it has the lowest audible distortion thus the purity and the sense of sparkle aplenty.”

“There is also this unmistakable protrusion to the front of the cartridge in the form of a 1 gram sphere of lapis lazuli that acts as a concentrator and “drain” of any unwanted resonances. Yes indeed, this is one different animal.”

“Ultimately enhanced power sound version of ZYX 4D. From surrealistic sound to airiness in three dimensional can be sensed. You will be surprised afresh with massive information grooved in a record.” 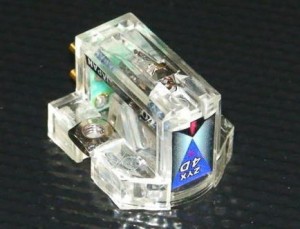 “While Mr. Nakatsuka of ZYX may design his phono cartridges with an artisan’s sensitivity, the sound of the Atmos certainly owes a debt to some well-applied science. Its audible frequency response was demonstrably wider than that of other cartridges, creating a dense and highly rhythmic presentation that was not lacking in the little thing…..”

“Never have I heard a cartridge sound so unstrained when unraveling complex musical passages.”

“My first impression on hearing ATMOS was that this would be a great rock cartridge. Even though I was listening to a solo harpsichord at the time, the power, weight, authority, punch and bass were clearly evident strengths. Switching to ‘Dark Side of the Moon’ confirmed my initial impression. ZYX ATMOS really delivers when it comes to rock. There is no need to turn up the volume to feel the heart beats.”

For others who prefer a more relaxed, jazz-in-a-smoke-filled-club atmosphere, with the emphasis on the rhythm and drive from the double bass ZYX ATMOS will deliver the sound you enjoy.”

“I can confidently say that the ZYX 4D is the most tonally neutral phono cartridge I’ve had the privilege to hear.” 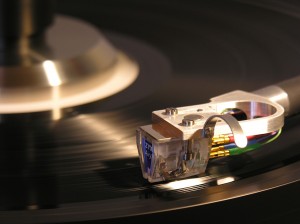 “The clarity of its highs, rich but detailed midrange, and solid foundation in the lower frequencies opened up so much more pleasurable listening–in classical, rock, and jazz. But it was especially fine with operatic voices–so extended, refined, and nimble to the nuances, power, and micro-dynamics of the greatest singers on earth. Bravo!”

“Yes, the Airy 3x is a terrific music maker by all the standard parameters. But the overwhelming feeling of openness and freedom from any sense of hi-fi intruding on the musical message is the real strength of this wonderful cartridge. It makes you want to listen to music, lots of music. The Airy 3x is Captian Christopher Pike on Talos IV, freed of his life-support wheelchair. Unfettered. “The midrange is very smooth and yet present. Vocals and vocalists are definitely a strong point”

“The midrange is very smooth and yet present. Vocals and vocalists are definitely a strong point”

“Another thing these cartridges do well is play low level passages really, really quietly. When the musicians are playing ppp the Airy’s portray it with a wonderful, hold-your-breath hush. If a mouse whispered you’d hear it.”

“The Airy3 on our Tri-Planar let the music kick us in the chest and frighten those poor cats. Bass guitar and drums were as rockin’ as with any cartridge I’ve heard. For you classical rockers, listen to eighteen tuned anvils on Solti’s ‘Das Rheingold’. Terrifying. Janos Starker’s Bach cello suites were rich and engaging with the Airy2. With the Airy3 Starker had us dancing on the coffee table. Now that’s a rockin’ cartridge.” 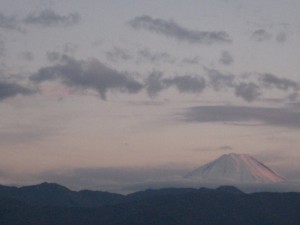 “The ZYX [R100 Fuji] is also the purest and cleanest cartridge I’ve heard. Its sense of delicacy is without equal for me, especially in the high frequencies, which appear to have unlimited extension. Its tracking ability is outstanding, not only retaining its purity, but also its separation of instruments during loud, demanding passages.”

“The R100H renders music’s foundation, be it orchestral, jazz, big band, or pop/rock, with a weight, precision, and realism that defies almost all others…..”

“I played an Artur Rubinstein performance of Chopin. The effect was so pronounced, so immediately noticeable, that I didn’t make it halfway to my seat. I stood about six feet from the speakers and gaped. Rubinstein’s technique is frequently described as “chiseled”, a concept which never made a great deal of sense to me. After all, Chopin requires the greatest delicacy. Too much control, too heavy a hand, ruins the pieces…..

What I heard that night was the extraordinary way Rubinstein attacked a note and ended it. Each note was perfectly shaped, like a precious jewel, precisely as long as the artist intended: chiseled. A few nights later I recalled Artur Schnabel’s remark: “Anyone can play all the notes. What I do is play the space between the notes.” I heard this witticism when I was in music school, and like Rubinstein’s chisel, it never made a great deal of sense to me – until the ZYX finally made it intelligible.”

“With its combination of exquisite detail retrieval, rich midrange tonality, and the ability to delineate dynamically complex musical passages, the Artisan consistently paid homage to whatever music I played through it.” 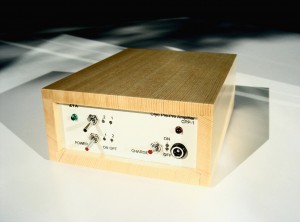 “This is, most likely, the finest head-amp I’ve ever heard. I state this because it is competitive with the finest transformers I’ve had, while all the many other (external) head-amps I’ve heard are simply not in that league.

Disclosure – The ZYX head-amp is a solid-state device! It is highly unusual for a successful cartridge manufacturer to also design and build an audio component that is so different in fundamental nature (non-mechanical in this instance), with such excellent performance.”