arrived in amsterdam at about 8 a.m. after checking in the hotel (grand hotel amrath amsterdam), and a long shower to wake me up, drove to hans kortenbach’s home – thanks to a very good dutch friend of mine. had a great visit with hans and his wife kikie. and ate lots of delicious food.

i had promised hans kortenbach (musical affairs speakers) to visit him for his 70th birthday which is a couple of weeks from now (but he will be on a trip then). so i am flying to amsterdam today. a good dutch friend of mine will pick me up from my hotel in the morning to drive to hans’s home which is about 60 kilometers from amsterdam.

despite having never met in person, hans kortenbach and i have developed a strong friendship. a few years ago when i was not selling many of his speakers, i told him maybe he should find a new distributor in north america. but hans told me that he likes and trusts me and wants to keep me. aside, he said he makes such a limited amount that my lack of sales is not an issue! i have done better since then.

amsterdam is dear to my heart. many years ago, i had lived in amsterdam for about year, in the rembrandtplein area. i had a small loft right in the corner of kaiserstraat and utrechtsestraat. my phone number was a very easy to remember (i forgot) number like 242-242222.

had lunch at ear wax. not the most appetizing name. it is a nice, down to earth restaurant. inexpensive, in a young, hip area that feels like haight ashbury of san francisco, only cleaner. they often play good music there. i enjoyed hearing some music by fever ray.

on the way back home, stopped at a bakery called the red hen. they also play good music there. most people who work there seem to go to the art institute of chicago or some other art school. a girl who was working there, recommended the knife to me (same genre as fever ray, i reckon). so i ordered some CDs and LPs.

hot few days in chicago. can not complain. have had a light summer for the most part. i miss san francisco and its weather. put a large, old jade plant outside home.

my tom evans phono stage arrived last night. while ago i wrote that it was being shipped in a day or two. i should have waited and announced the arrival instead. aside from a technical guru, tom evans has proven to be a very pleasant person. he called me and explained the delay (some parts that are now being stocked).

opening the box, i noted the simplicity of packaging, and the hand written manual (a nice touch). looking forward to playing it. 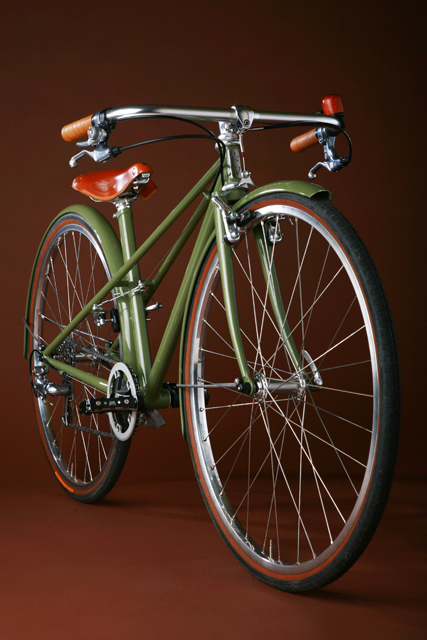 vanilla bicycles is a speciality hand made bike shop. their commuter bikes (which is really what i want) require a 5 year wait to get on the wait list! in fact, they do not even accept orders for them now.

based on the recommendation of an audiophile customer, turned a good friend and design advisor, i ordered a bike while ago. it was supposed to have been ready around four months ago but i am still waiting patiently. so now i know what bikes and audio products have in common: delays.

handmade bikes, tonearms, mechanical watches, fountain pens – seems like most of us in one vice, carry at least one other vice in common.