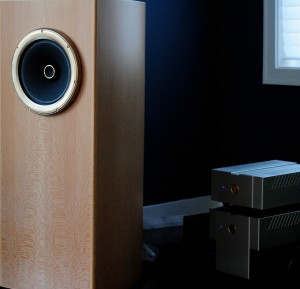 Just received my new Musical Affairs Grand Crescendo speakers. Hans Kortenbach has outdone himself again. This is the latest and greatest model with improved internal bracing. A beauty. These speaker are hand made and do look handmade, like a beautifully made musical instrument.

SORA played Lady Gaga this morning. He and I like Lady Gaga for different reasons (who knows maybe some of the same). SORA agreed that my music system composed of DaVinci Audio, Nordost Cables, Harmonic Resolution Systems custom made rack, 47 Lab Flatfish, and EMM Labs‘ great digital equipment sounds better than his Macbook. Now as fathers and audiophiles, we should all yearn for such seal of approval.

no secret of my love for hans kortenbach and his workmanship. hans makes great speakers. above all, he is a good person always willing to share his knowledge and love of music with people. here  is a video of hans kortenbach of musical affairs on youtube. there is also a video of my/his favorite drivers (PHY-HP), used in his speakers. thanks go to fritz de with for his great work.

arrived in amsterdam at about 8 a.m. after checking in the hotel (grand hotel amrath amsterdam), and a long shower to wake me up, drove to hans kortenbach’s home – thanks to a very good dutch friend of mine. had a great visit with hans and his wife kikie. and ate lots of delicious food.

i had promised hans kortenbach (musical affairs speakers) to visit him for his 70th birthday which is a couple of weeks from now (but he will be on a trip then). so i am flying to amsterdam today. a good dutch friend of mine will pick me up from my hotel in the morning to drive to hans’s home which is about 60 kilometers from amsterdam.

despite having never met in person, hans kortenbach and i have developed a strong friendship. a few years ago when i was not selling many of his speakers, i told him maybe he should find a new distributor in north america. but hans told me that he likes and trusts me and wants to keep me. aside, he said he makes such a limited amount that my lack of sales is not an issue! i have done better since then.

amsterdam is dear to my heart. many years ago, i had lived in amsterdam for about year, in the rembrandtplein area. i had a small loft right in the corner of kaiserstraat and utrechtsestraat. my phone number was a very easy to remember (i forgot) number like 242-242222. 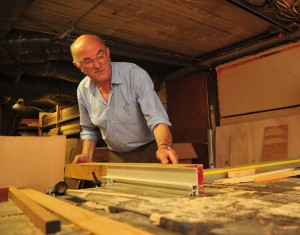